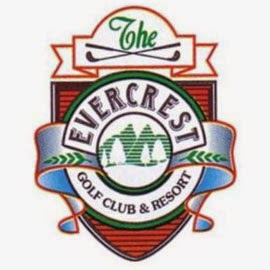 
MANILA, Philippines--The Bangko Sentral ng Pilipinas is now the official owner of the Evercrest Golf Club Resort in Nasugbu, Batangas, a property the BSP took over from the former Orient Bank as partial payment for emergency loans obtained by the latter in the late 1990s.

This was according to BSP General Counsel Juan de Zuñiga, who said the Registry of Deeds issued the title of the property to the BSP just before the holiday break last month.

De Zuñiga, who was promoted in December as concurrent deputy governor for resource management of the BSP, said the property was valued at P1.2 billion based on its latest appraisal in 2009. The BSP intends to have the asset re-appraised before selling it, eyeing to have it disposed before the end of 2011.

Orient Bank, owned by Jose Go, made cash advances from the BSP to address liquidity problems before it finally shut down in 1999. Earlier reports said the bank obtained over P5 billion in loans from the central bank.

After the bank's closure, the BSP started working on taking possession of some its assets, including Evercrest.

"After a long court battle, we [BSP] were able to take possession of it. The Registry of Deeds already issued us the title," De Zuñiga told reporters.

He said the BSP was not intending to run a golf course, and had decided to dispose of the asset. But before selling it, he said, the central bank would have to spend for refurbishment to make it attractive to buyers.

Since the title of the property was issued by the Registry of Deeds to the BSP last month, operations of the golf club had been put to a halt.

"We know nothing about operating a golf course, and so we intend to sell it. But first, it has undergo some refurbishment," De Zuñiga said.

He added that the central bank would study the legalities of dealing with the playing rights of the members of the golf club.

The BSP will sell it via a public auction, according to Zuñiga. Only in the case of a failed auction would the central bank engage in a negotiated sale of the property, he said.

Since the golf club and resort could not fully pay the liabilities of Orient Bank to the BSP, De Zuñiga said the central bank said it would continue to look for other properties of the bank the BSP could take over.