What I Saw In China - The Zhonjing ZY5091XYBF Armored Personnel Carrier 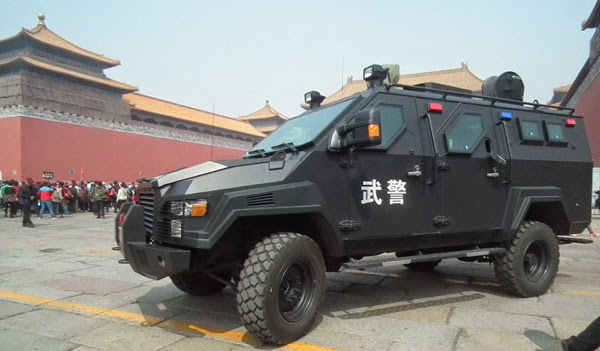 In a recent trip to China, I chanced to see this beast up close.  This is the mighty Zhonjing ZY5091XYBF Armored Personnel Carrier (APC) made by a factory called Guangzhou Jieli Special Vehicle Equipment corporation from the big city of Guangzhou in Guangdong Province. The Zhonjing ZY5091XYBF is based on the Ford F550.

Designed primary for anti-riot duties the Zhonjing ZY5091XYBFcan be adapted to be used in the military. Engine has a mighty 362hp Ford 6.8 liter V10 petrol engine, mated to a 5-speed automatic.

The shape of the windows is normally used on Mine-Resistant Ambush Protected (MRAP) vehicles and don’t make much sense on an anti-riot vehicle.


Bacolod City To Use Hummers As Jeepneys in 2016

The Filipino Jeepney has for many years been a symbol of Filipino ingenuity being the most popular means of public transportation in the country.  Often known for their kitsch decorations, which have become a ubiquitous symbol of Philippine culture and art, jeepneys are now ready for a new image in Bacolod City.