The Best Place To Watch A Philippine Sunrise 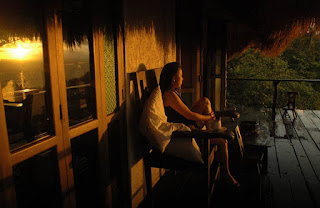 There's nothing quite like watching the sun rise from the other side of Boracay Island.  While most visitors of Boracay flock to the white beach on the west side, there is a charming hideaway on the east side which is perfect for those who want to relish the seclusion and serenity of being with oneself.

We recently found the place where one can best experience a Philippine sunrise.  The place is called Private Mountain Casitas.  Pleasantly contrasted to all the modern developments of Boracay, Private Mountain Casitas is ideally perched on the hills of Bulabog.  Reaching the casitas is a bit of a hike upwards.  Nevertheless, as one ascends and looks back to the sea, the grandeur awaiting at the top can easily be envisioned.

From the casitas, one can wake up early in the morning to watch a splendid light show which we often take for granted - the Philippine sunrise.  First, the sky is tinted with a strange hue of purple signalling the end of night's darkness.  Then the sun eases up from beneath the horizon, casting a rosy-tinged glow across the east side of Boracay to fully spill that golden cast on the sea before you. Some things are worth getting up early for and a sunrise at Private Mountain Casitas is one of them.

Private Mountain Casitas is rated the #1 Specialty Lodging in Boracay according to Tripadvisor.

For the golfers, a round of golf can be enjoyed at the nearby Fairways and Bluewater in Newcoast, Boracay, Malay, Aklan, Philippines. 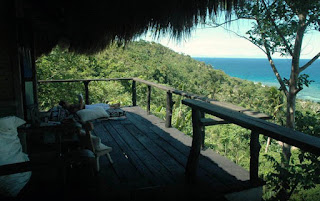 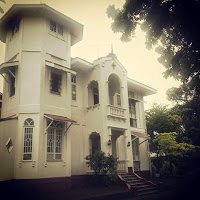 Wander in the part of Bacolod City which is not usually written about in tourist guidebooks or travel blogs and discover the charm of Old Negros Island.  ....Read More