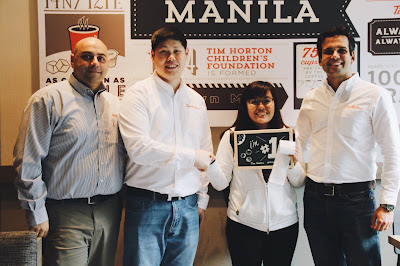 MANILA, Philippines - One lady went ahead of the rest and lined up early today at the first Southeast Asian Branch of Tim Hortons and received for herself 364 days of free coffee and donut from the famous Canadian coffee chain.

Naila went ahead of the long lines of people which snaked the south lobby area of Uptown Mall, who were prepared to get their free taste of Tim Hortons' famous Double Double.

Naila is shown here with the executives from Tim Hortons Philippines and Tim Hortons in Canada, receiving her prize. 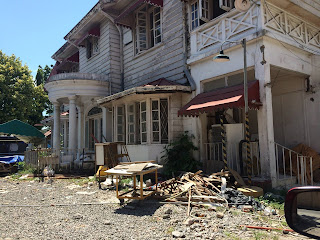 Heritage Watch - Golem Silverio's Old Home To Be Demolished
We were saddened by the news that the home of the late Philippine golfing great, Luis Fernando Cuenca "Golem" Silverio, the first Asian to step on the greens of Augusta, will be leveled off soon in his hometown of Bacolod City. This house which is loaded with memories for all the descendants of the Silverio family......Read More