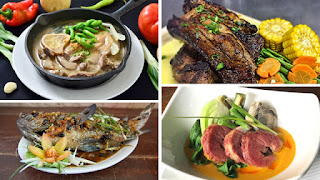 The population—120 different ethnic groups and the mainstream communities of Tagalog/Ilocano/Pampango/Pangasinan and Visayan lowlanders—worked within a gentle but lush environment. In it they shaped their own lifeways: building houses, weaving cloth, telling and writing stories, ornamenting and decorating, preparing food.

The Chinese who came to trade sometimes stayed on. Perhaps they cooked the noodles of home; certainly they used local condiments; surely they taught their Filipino wives their dishes, and thus Filipino-Chinese food came to be. The names identify them: pansit (Hokkien for something quickly cooked) are noodles; lumpia are vegetables rolled in edible wrappers; siopao are steamed, filled buns; siomai are dumplings.

All, of course, came to be indigenized—Filipinized by the ingredients and by local tastes. Today, for example, Pansit Malabon has oysters and squid, since Malabon is a fishing center; and Pansit Marilao is sprinkled with rice crisps, because the town is within the Luzon rice bowl.

When restaurants were established in the 19th century, Chinese food became a staple of the pansiterias, with the food given Spanish names for the ease of the clientele: this comida China (Chinese food) includes arroz caldo (rice and chicken gruel); and morisqueta tostada (fried rice). 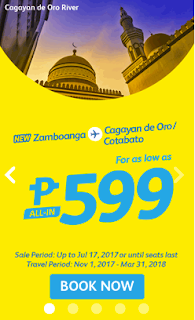 When the Spaniards came, the food influences they brought were from both Spain and Mexico, as it was through the vice-royalty of Mexico that the Philippines were governed. This meant the production of food for an elite, nonfood-producing class, and a food for which many ingredients were not locally available.

Fil-Hispanic food had new flavors and ingredients—olive oil, paprika, saffron, ham, cheese, cured sausages—and new names. Paella, the dish cooked in the fields by Spanish workers, came to be a festive dish combining pork, chicken, seafood, ham, sausages and vegetables, a luxurious mix of the local and the foreign. Relleno, the process of stuffing festive capons and turkeys for Christmas, was applied to chickens, and even to bangus, the silvery milkfish. Christmas, a new feast for Filipinos that coincided with the rice harvest, came to feature not only the myriad native rice cakes, but also ensaymadas (brioche-like cakes buttered, sugared and cheese-sprinkled) to dip in hot thick chocolate, and the apples, oranges, chestnuts and walnuts of European Christmases. Even the Mexican corn tamal turned Filipino, becoming rice-based tamales wrapped in banana leaves. The Americans introduced to the Philippine cuisine the ways of convenience: pressure-cooking, freezing, pre-cooking, sandwiches and salads; hamburgers, fried chicken and steaks.

Add to the above other cuisines found in the country along with other global influences: French, Italian, Middle Eastern, Japanese, Thai, Vietnamese. They grow familiar, but remain “imported” and not yet indigenized.

On a buffet table today one might find, for example, kinilaw na tanguingue, mackerel dressed with vinegar, ginger, onions, hot peppers, perhaps coconut milk; also grilled tiger shrimp, and maybe sinigang na baboy, pork and vegetables in a broth soured with tamarind, all from the native repertoire. Alongside there would almost certainly be pansit, noodles once Chinese, now Filipino, still in a sweet-sour sauce. Spanish festive fare like morcon (beef rolls), embutido (pork rolls), fish escabeche and stuffed chicken or turkey might be there too. The centerpiece would probably be lechon, spit-roasted pig, which may be Chinese or Polynesian in influence, but bears a Spanish name, and may therefore derive from cochinillo asado. Vegetable dishes could include an American salad and a pinakbet (vegetables and shrimp paste). The dessert table would surely be richly Spanish: leche flan (caramel custard), natilla, yemas, dulces de naranja, membrillo, torta del rey, etc., but also include local fruits in syrup (coconut, santol, guavas) and American cakes and pies. The global village may be reflected in shawarma and pasta. The buffet table and Filipino food today is thus a gastronomic telling of Philippine history.

What really is Philippine food, then? Indigenous food from land and sea, field and forest. Also and of course: dishes and culinary procedures from China, Spain, Mexico, and the United States, and more recently from further abroad.

What makes them Philippine? The history and society that introduced and adapted them; the people who turned them to their tastes and accepted them into their homes and restaurants, and especially the harmonizing culture that combined them into contemporary Filipino fare.

(Excerpted from The Food of the Philippines: Authentic Recipes from the Pearl of the Orient. Text and recipes by Reynaldo G. Alejandro. Introductory articles by Doreen G. Fernandez, Corazon S. Alvina, and Millie Reyes.)